History Of The Crested Canary 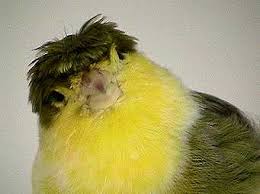 The Crest mutation first appeared around 1770. They were originally known as the “turn-crown” or “turncrest”. The crest obviously appealed to the fancy at that time. By the middle of the 19th century, Crested Canaries were to be found in several of the breeds of that time, Norwich, Lancashire as well as amongst other common canaries. By Victorian times they had a great following with many fanciers keeping both forms of the Norwich breed. Old manuals illustrating The Norwich Plainhead and the Crested Norwich show them to be identical apart from the presence or absence of the crest.

Progress in the development of the crest was however limited by the Norwich ideals of that time, which placed great emphasis on both color and feather quality. It was found to be impossible to produce long and dense feathering on the head while retaining a fine and close body feather. This produced a well-feathered bird, perfectly shaped, but with a small and daisy-like crest. Breeders at this time eventually became dissatisfied, and in an effort to increase the size of the crest they introduced the Lancashire copy. This was a very large breed with rather coarse feathers, but with a horseshoe crest, which radiated well over the beak and eyes. As a result of making the outcross, although the crest itself was greatly improved, the general type of the crested Norwich was radically altered and so began a radical move from the original stock.

Fanciers Had A Say

The first examples of these were exhibited in 1879; they were rejected by judges as not being true specimens of the crested Norwich. However, the 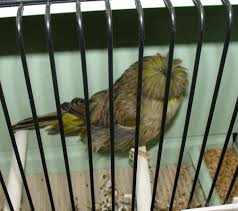 idea soon caught on amongst fanciers, and it was not long before many more birds of the new type were being shown and the word “Norwich” was dropped from Crested Norwich. Up until around 1880 only the crested version was being shown as there were no classes for the crest-bred (the plain headed side of the breed). Classes were added as the fanciers of that time realized they were a vital part of the breed.

At around this time, the Crested Canary Club was founded. In its heyday, the Crested Canary had a tremendous following and became one of our major exhibition varieties, with exceptional prices being paid for exhibition birds. Figures between thirty and fifty pounds and as much as seventy-five pounds were paid (don’t forget we are talking about the 1880’s) Thus the average working man who had always been the backbone of the fancy was gradually being squeezed out. The well-known fancier C. A. House wrote in 1923 that the Crest fancy had gradually become a rich man’s hobby and added that, Crest breeders were not one in fifty compared with numbers of twenty to thirty years earlier. During the wars the breed was only in a few fanciers hands, one being Len Franz. These people were responsible for keeping the breed alive, and their bloodlines are still going today.

Looking for a complete how-to guide? Be sure to read Common Canary Breeding Problems, Concerns and Care